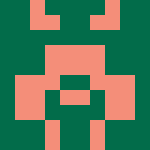 I have finished my writing classes–days and days of nothing but classes andpaper-grading–and have just four Oral classes to go next week. I’ve beengetting VERY nice letters from my students thanking me for my teaching andsaying that their writing has improved a lot. (But they’re not allowed to use”a lot” in a formal essay.) I attach a picture of one class; theseare Ph.D. students, I think mostly Life Science. I’m preparing for a party I’mthrowing tonight. I made eggnog, both versions. There’ll be lots of sweets andsome potato chips, beer, pop. Many people have said they’re really lookingforward to it because they’ve never been to a Western party before. That’s alot on my shoulders. I’ve downloaded some xmas music. And today I was informedthat I had to have games. The invitees are people I’ve met in various ways,mostly grad students, some faculty, a few undergrads–and Quincy, whoimmediately came up with a game idea.

A couple of weekends ago Stuart, Becky and I acted in a Hong Kong-based TVserial called East and West. It runs 5 nights a week and our episode issupposed to air in May or June. This came about because Ellen was accosted onthe street by a “talent scout”–they were looking for any Westerners,as the show is set in San Francisco.We had to remember our lines, but they will all be dubbed in Cantonese, so itdidn’t really matter what we said; they just needed the facial expressions.They shoot here on the Mainland because it’s cheaper. We were complimented onour timing and they begged us to come back, but it’s too time-consuming. Thefilming, on a set made to look like a U.S.hospital, was at Nanhai TV and Movie Town,which has all sorts of sets like old-time Chinese palaces. As in most movie/TVsituations, most of our time was spent sitting around waiting. Luckily, I’dbrought plenty of papers to grade. Everyone was quite nice to us and a girlnamed CC, who is an actress herself, gave us coaching on our acting. The star,Cynthia, is from Hong Kong and speaks excellent English, having lived in Massachusetts for 7years. The plot seemed pretty melodramatic. Shirley (Cynthia) is a doctor. Herboyfriend Peter has been shot and then developed leukemia. They are waiting forto find a donor of some sort of cells, they need a match, they only have ashort time, and she decides to marry him while they are waiting (though he’s ina coma). “Shirley, you must make a decision!” was one of my lines. Ihad to point out Peter’s situation on various charts–“This is the graphof his blood type–you can see that his situation is unusual as his bloodaccepts both the genes and the …..” I hope there are no lip-readerswatching the show. We were paid $50. I enjoyed it and would do it again if Ihad time.

One more thing: till today, it’s been incredibly warm. Short-sleeve weathersometimes. I am making the most of it before returning to the frozen north.